Purchased by me on 30/12/2003 from the 3rd owner, Cheshire Motorcycles. When purchased the mileage was very low but in Kilometres. The bike was a CAT C insurance write off but the damage was from falling sideways, no front or rear damage. I removed all the plastic panels and replaced with either new or repaired. All plastic panels were re-painted in OE Ducati red. Bike was MOT'd in 2004 and used for pleasure runs round Cheshire and North Wales receiving comments on it's beauty whenever parked. Ducati John in Leeds carried out a belt change and service in 2005. In early 2005, the KPH speedometer was replaced with a MPH speedometer. A performance P-Line Eprom was fitted to optimise the maximum performance was this superb engine with more grunt than you would ever need.(Original Eprom available with bike) In September 2005 was involved in an accident on spilt diesel and written off again as a CAT C. I repaired the panel work again and got the bike MOT'd and put back on the road in April 2006 showing a mileage of 1793 miles. The tank has a dent in the side which I did not repair and is shown in the photographs. By June 2008, the mileage increased to 2,318 and the MOT expired in June 2009 which was the last time it was ridden on the road. The bike has been garaged for the last 11 years and I have owned her for 16 years. I have recently replaced all the rubber hoses and filter in the fuel tank due to old ones being perished. I have bleed the brakes and clutch and replaced seals as necessary. The LCD display is not 100% but readable and silencers are tarnished. The bike passed its MOT in June 2020 with three advisories : 1/ Exhaust noisy (Reported on every MOT), 2/ Wheels slightly misaligned, 3/ Slight fluctuation of brake effort on front. Currently on SORN.That's about it, it is sold as seen. 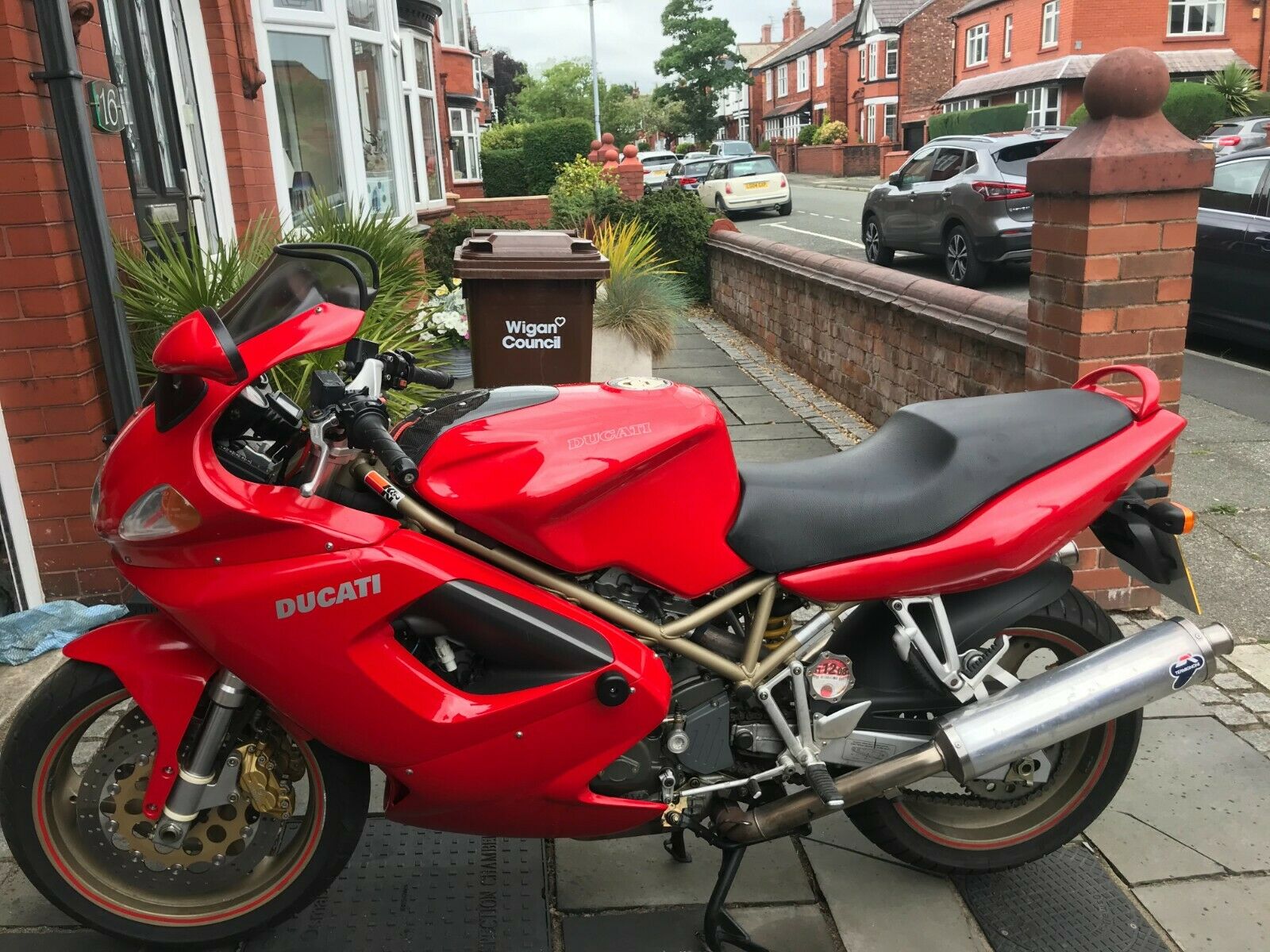